Our Debt Management Plan (DMP) is a proactive solution available to everyday Australians struggling to pay down their debts. A DMP offers an alternative repayment arrangement based on your budget.

A Part 9 Debt Agreement is a legal and binding agreement between you and your creditors which outlines a new payment arrangement based on your budget. A Debt Agreement can help you get out of debt in just 3-5 years.

Debt Consolidation allows you to combine your existing debts into a single, affordable payment. This may be by consolidating your debts into your mortgage or by taking out a new loan with lower fees.

A Debtstroyer Agreement can help reduce your minimum repayment amount, pause your interest and give you time to pay off your debts in one, easy-to-manage payment – all without having a lasting impact on your credit rating.

If you’re experiencing severe financial hardship, bankruptcy provides you with a way to wipe your debts and start fresh. Bankruptcy will stop creditor harassment so you can look forward to a debt free future.

If your business is experiencing financial difficulties, it may be time to seek professional help. At Debt Rescue, we can assist with business debt negotiation, business turnaround, Voluntary Administration and Company Liquidation.

At Debt Rescue, we believe taking charge of your money is the first step towards financial freedom. We provide budgeting services and advice to help you reach your financial goals.

An Affordable Payment Plan to Combine Your Debts

What is a Part 9 Debt Agreement?

A Part 9 Debt Agreement is a legal and binding agreement between you and your creditors. It outlines a new affordable payment arrangement of your unsecured debts. This allows you to repay only a percentage of each dollar you owe, while being able to get on with your life and avoid bankruptcy.

Debt agreements fall under Part 9 of the Bankruptcy Act 1966. So, technically, it is considered a form of bankruptcy. However, it’s very different from declaring bankruptcy itself. Entering a Part 9 Debt Agreement doesn’t carry the same restrictions as bankruptcy.

Debt Rescue specialises in helping clients through the debt agreement process to reduce their stress and make their debts more affordable.

What are the benefits of a debt agreement?

The Part 9 Debt Agreement was written into the Bankruptcy Act to allow people to honour their creditors, repay their debts, and avoid the harsh restrictions of bankruptcy. Today, it’s one of the most popular forms of debt relief.

Assuming you adhere to the terms of your debt agreement, you’ll be able to:

Reduce the amount of your unsecured debt by only paying a percentage of each dollar you owe to your creditors.

Interest and fees on your existing unsecured debts will be paused, so you can repay your debt faster.

Creditors and debt collectors must cease all recovery methods so those harassing calls and emails will stop.

Find solace in your debt agreement knowing you can pay your debts and get on with your life. 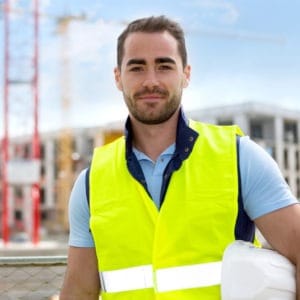 Nick was earning a great wage as a FIFO worker at the mines, adequately managing his finances, including his personal loans and credit cards.

Unfortunately, Nick lost his job at the mines. After several weeks of being unemployed, Nick was successful in gaining new employment. While he was looking for work, Nick fell behind with his debt repayments. He tried to catch up once he found a new job, but it didn’t pay as well and Nick was overwhelmed by debt.

After months of struggling, he started to receive threatening letters from his creditors and he decided to call Debt Rescue for help.

After listening to Nick’s situation, we found Nick was eligible for a Part 9 Debt Agreement. Based on Nick’s new income, we proposed he could only afford to pay 60c for each dollar owed back to his creditors. His creditors voted and accepted this proposal over a 5-year agreement.

Debt Rescue was able to reduce the amount of debt Nick owed to his creditors. He was given 5 years to repay his debts in peace.

How We Can Help with a Debt Agreement

Once you engage Debt Rescue, we become the authority on your debts and your creditors must speak directly with us. This puts an immediate end to those harassing phone calls while we get your solution in place.

Our Case Managers have years of knowledge and expertise, so they understand the ins and outs of the process. We use this experience to get the best possible outcome for our clients.

As part of the Lanyana Financial Group of companies, Debt Rescue is a Registered Debt Agreement Administrator (RDAA 1337).

We will gather details of your financial situation, including your budget and extenuating circumstances, to build a proposal based on your surplus net income.

Your proposal, as approved by you, is lodged with AFSA. AFSA forwards this to your creditors for their consideration and they must vote within 35 days.

The majority of your creditors must approve the proposal for it to be accepted. Once accepted, you will begin making the repayments and breathe easy again.

Still want to know more about how a debt agreement works? We’ve got the answers to all the common questions below.

How long does a debt agreement stay on your credit file?

You can improve your credit score quite quickly once the agreement is over by ensuring you repay your debts in full and on time.

What makes me eligible for a Part 9 Debt Agreement?

You can be eligible for a Part 9 Debt Agreement if you:

Our Case Managers can discuss your situation with you and help you work out if you’re eligible for a Part IX Debt Agreement.

What debts can be included in a debt agreement?

Typically, Part 9 Debt Agreements are for unsecured loans, such as:

Unfortunately, secured loans can’t be included in a Part 9 Debt Agreement. These will often include:

Joint debts can also be included in a debt agreement, but the co-borrower will continue to be liable for the full debt. It’s best to figure out how the co-borrower plans on dealing with the debt before proceeding. The creditor may choose to pursue the co-borrower to resume the repayments lost.

How long will my debt agreement last?

Typically, 5 years. However, the repayment term of the debt agreement can be tailored to your individual circumstances.

What happens if I cannot make payments part way through the debt agreement?

A Part 9 Debt Agreement is a legally binding agreement. As a result, if you are unable to honour the terms and conditions of the agreement, your creditors can terminate the agreement, re-instate all debts and pursue you for collection of those debts that remain unpaid.

Will I lose my home if I enter into a debt agreement?

A debt agreement will not have a direct impact on your mortgage. You will still be required to make your mortgage repayments in full and on time.

Do all my creditors have to agree to a debt agreement?

What other options do I have?

A Debt Rescue Case Manager will be able to advise you on your options and walk you through the pros and cons of each solution.

If you are in too deep with debt, we here to rescue you. We have the right solution for your situation. Contact us today. No obligations, just solutions.

Our experienced Case Managers have helped thousands of Aussies out of debt – we can help you too. With a single phone call to 1800 00 3328, we can get an idea of your financial situation and suggest the best way for you to get out of debt.

For insightful information on Debt Agreements and how they can help you find financial relief, discover our extensive archive of Debt Agreement articles.

What is the Difference Between a Part 9 Debt Agreement and an Informal Agreement?

How Will a Debt Agreement Affect Your Credit File?

Part 9 Debt Agreement Discharge: What to Expect Once the Agreement is Over

The Role of a Debt Agreement Administrator

Get Out of Debt Without Declaring Bankruptcy

Debt Agreement Proposals to Get Out of Bad Debt

What Kind of Debts Do You Have?

Other
Please select at least one type of unsecured debt.

How Much Money Do You Owe?

Find Out How To Reduce Your Debt

Some of your details appear incorrect.
Please update the highlighted fields and re-submit.

Let's keep the momentum going and complete our assessment form to receive an instant debt analysis.

Our Road Map to Financial Freedom has all the tips and tricks to get your budget on track.

Simply fill in your details and we’ll email it to you!

Get out of debt today…

Overwhelmed by your debts? Credit cards out of control? Creditors hounding you for payment? We can help!

Simply fill in your details to see if you qualify for our debt relief services.